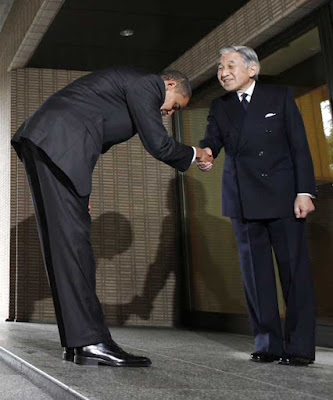 President Obama just became the first sitting American president to visit the city of Hiroshima, Japan. In the lead-up to this visit, given his track record, conservatives in America were very concerned that Obama would apologize to Japan for the American atomic bomb attacks on Hiroshima and Nagasaki. At the last minute, the White House made clear that he would not do that but what he ended up saying upset many people on the right almost as much to the point that some are calling for Congress to censure the President for his remarks. I asked some of you if Obama should apologize to Japan or not and most of you said that you thought he should. I disagreed and I know of at least one Japanese person who felt the same way, being of the opinion that she did not want Japan being used by Obama to further his legacy as the apologetic president and that such an apology would be rather meaningless anyway. I am not as upset as some by the President’s remarks but I must part company with my readers and say I am glad that he did not apologize and I will explain why.

In the first place, as any long-time readers will know, I have very mixed feelings about the atomic bombings of Japan. Personally, I think that no matter whether you feel it was justified or unjustified, no one should be very strident about their opinion or dismissive of others on this issue. The use of nuclear weapons was such a monumentally horrific event that it bothers me a great deal that anyone could not be troubled by it on the one hand or be so dismissive of what not using it would have meant on the other. How does any leader sacrifice more of the lives of his own people in a conflict in which the outcome is in do doubt rather than save them by taking the lives of the enemy? I have often posed the question as to whether any Japanese Prime Minister could have lived with himself if he could have saved the lives of his people and ended the war by using devastating weapons against Los Angeles or Chicago. How could you look your own people in the eye after that when their husbands, sons or fathers were killed when you could have prevented it?

Of course, using the bombs was a terrible thing that caused immense death and lasting misery to huge numbers of innocent people. Do I regret that it happened? Certainly, just as I regret that Japan bombed Pearl Harbor, attacked The Philippines, Hong Kong, Malaysia, Singapore, the East Indies and Australia. I regret that the war happened at all, not only because of how terrible it all was but because I regret the inevitable destruction of the Empire of Japan that this brought about. I regret the turmoil this brought about and the opening it gave for Marxist and radical murderous regimes as the “Bamboo Curtain” descended across East Asia. I wish none of it had happened but it did and dwelling on recriminations does not solve problems or, from what I have seen, make anyone feel any better about what happened. Saying you are sorry without doing something to make things right always seems hollow. Sometimes you cannot make things right and sometimes people try to make things right without saying they are sorry. Which is more important; actions or words? Would Japan have been better off with a post-war apology rather than the huge amounts of money the U.S. pumped into the country to rebuild Japan after the war?

Finally, while I am sure there are always exceptions that can be found, in general I am not big on apologies like these. I am not big on people apologizing for things that they themselves did not do. It makes little sense to me for someone to apologize on behalf of someone else to someone who did not actually suffer the harm being apologized for. In the same way, I have never been fond of the endless calls for Japan to apologize, over and over again, for the actions of previous generations there. What is the point of such apologies? Why make an apology that will not be accepted? Usually, concerning Japan, the typical response of China or Korea (the ones usually demanding apologies) is that the Japanese were not truly sincere in their apology. One could say the same about Obama. Would an apology from him mean that all or even most Americans are sorry that their grandfathers or great-grandfathers used atomic weapons on Japan? I doubt it.

In my opinion, if President Franklin D. Roosevelt were around today, there is much that I think he would have to apologize to Japan for. The same could be said for Secretary Hull. Would he ever do it? Probably not, nor would any of his partisans think that he should. Japan, likewise, did things for which they should be ashamed just as they are also accused of things which they did not do. Some will always think they should apologize more just as others will always think they are blameless and should apologize for nothing. At the end of the day, I do not see what is accomplished by it all. Perhaps it is because I see about 99% of everything any politician says as insincere blathering for the cameras but to me, it just seems like so much pointless picking at old wounds that revolve around issues about which everyone is never going to see eye-to-eye on. As such, I will refrain from joining in with such demands for apologies and save them for the people who are actually responsible for the things that should be apologized for.
Posted by MadMonarchist at 5:27 PM