Restoring the Army of the Kingdom of Portugal 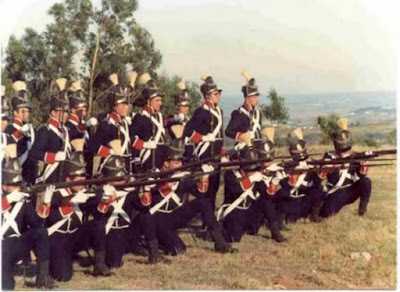 When one thinks of the glory days of Portugal it is only natural to think of the “Age of Exploration” when the Portuguese were truly leading the world in new discoveries in navigation, cartography and the opening of new trade routes which made Portugal the first “global” power as well as, for a time, probably the wealthiest country in Europe. However, as competition for Portuguese dominance in trade increased, first from the Dutch and later from the Spanish, French and English, the fortunes of Portugal understandably declined. Too many, however, tend to view that decline as permanent. As with many southern European nations, Portugal also tends to be discounted as a military power. However, the soldiers of the Kingdom of Portugal came to enjoy a very high reputation and at a time when, on the surface, it would have seemed the least expected and that was during the period of the French Revolutionary/Napoleonic Wars. The monarch, Queen Maria I, had lost her senses, her uncle and consort King Pedro III predeceased her and her son and heir (later King John VI) was beset by difficulties. The military had fallen into disrepair and the ruling Council of Regency was notoriously corrupt and inefficient. Yet, great changes took place that brought the Portuguese armed forces to a new level of proficiency. 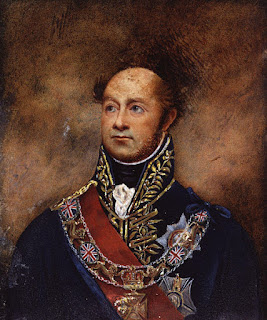 Those changes took place under the leadership of a British officer, William Carr, Viscount Beresford who was appointed Marshal of the Portuguese army. Lest any object to the presence of a British general it should be kept in mind that Portugal had a history of having professional foreign soldiers command the army, usually Germans, of varying degrees of talent. Nor was Portugal alone in this as foreign commanders were quite common in armies from Naples to Russia. In the British army, during the American War for Independence, it was only by means of a hasty promotion that the senior most officer of the forces fighting for the British Crown was a Hessian. Marshal Beresford was, thankfully for Portugal, also an extremely adept administrator. Other generals might have been more capable as battlefield commanders but perhaps none could match Viscount Beresford when it came to organization, logistics and all of the less glamorous work of soldiering. The Duke of Wellington himself stated that if anything should have befallen him during the Peninsular Campaign it was Beresford who he would have wished to succeed him, so confident was he in his abilities.

When Beresford was put in command of the Portuguese forces, he faced a monumental task as the Portuguese civilian government and the previous (also foreign) commanders had left the army in a chaotic state. Troops were poorly trained, officers were poorly educated, discipline was erratic and the regular issuance of pay, food and uniforms was abysmal. Morale was, not surprisingly, terrible as a result and it is only amazing that the Portuguese army had not fared even worse in the French Revolutionary Wars up to that point. However, Beresford and others who arrived to reform this mess found one element that had potential and fortunately it was the one element indispensable for making a good army and that was the quality of the average Portuguese soldier or potential soldier himself. When the Portuguese were conscripted to construct a major fortified line across the country, the British officers of the Royal Engineers were amazed by their fortitude. They worked tirelessly for long hours, with little pay, far from home and yet never complained or made any difficulties. Other British officers described the Portuguese troops as invariably, “patient good-tempered people, therefore very susceptible of discipline under good officers; and when so are very steady under arms…” 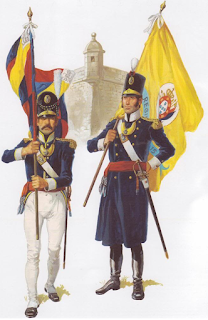 The previous, lackluster performance of the Portuguese military was attributed almost entirely to the fact that they were poorly fed, poorly equipped and poorly disciplined and so, not surprisingly, performed poorly as a result. However, once they were kept properly fed, clothed and paid, they performed extremely well and keen observers of military quality were astounded by the sudden change. There were still the occasional problems as with any army but by 1812 the Portuguese military had gained a great reputation as one of the best fighting forces in the field at the time. The Duke of Wellington, in overall command of the forces allied against France on the Iberian peninsula, was quite proud of the Portuguese and their solid reliability on the battlefield, famously referring to them as “the fighting cocks of the army”. The infantry was dependable, the light infantry was quite good, the cavalry less so and the field artillery improved considerably. The militia, as was almost universally true, was not considered front-line capable but were well used for defending fortified positions, “being possessed of innate courage” as one British officer noted of them.

The Portuguese army performed well and in vital campaigns for the liberation of their country and the offensive into Spain. After some subsequent defeats for the Spanish it was only the Anglo-Portuguese forces under the overall command of Wellington that kept the war going on the Iberian front. The Portuguese constructed the famous “Lines of Torres Vedras” to protect Lisbon and they played an important part in the sally from this line that saw Marshal Massena defeated at the Battle of Busaco on September 27, 1810. When the allies were able to go back on the attack in a major offensive, ultimately driving the French out of Portugal and Spain entirely, the Portuguese army performed very well and their quality was universally praised. Once the subject of numerous insults, once they were properly cared for, the Portuguese army was recognized as one of the best of the period. The raw material had been there all along and only neglect had caused it to become hidden due to the incompetence of the civilian government. The Portuguese gave good service for the remainder of the Peninsular War and ended the conflict with a high reputation.

Posted by MadMonarchist at 11:28 PM