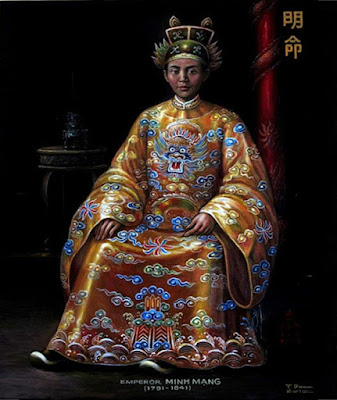 The man who would become the second emperor of the Nguyen Dynasty of Vietnam was born Prince Nguyen Phuc Dam, fourth son of the future Emperor Gia Long and his consort of the first rank Thuan Thien, on May 25, 1792 in Gia Dinh. He was not originally supposed to inherit the throne but his brother, Crown Prince Canh, died the year before the Nguyen Dynasty reunited Vietnam and came to power in 1802. The Crown Prince had been sent to France where he learned western ways and become very interested in Christianity (though he was never baptized). This was part of an attempted alliance between the Nguyen Dynasty and France which was never fully realized because the events of the French Revolution prevented the French from following through on their promises of support. However, a French missionary had aided Emperor Gia Long greatly (saving his life at one point) and the Emperor promised that he would always respect Christianity and never forgot the friendship of this man, the Bishop of Adran. However, after the Bishop died Emperor Gia Long became increasingly concerned about French efforts to collect payment for services they had never rendered. Looking toward the future, there were two camps to choose from; the pro-western, innovative camp and the pro-Chinese, traditional camp. In 1816 Emperor Gia Long named Prince Nguyen Phuc Dam as his successor and this was a clear choice in favor of the anti-French, pro-Chinese point of view.

A few years later, Gia Long passed away and his son became Emperor Minh Mang of Dai Nam, the “Great South”, taking a name which meant, “the Radiant Mandate”. He was only 29 but was already extremely well educated in the traditional Confucian style and very set in his views and opinions. He could be counted on to strengthen the traditional ties with China, exclude western influences and emphasize the traditional Confucian values of the Vietnamese monarchy. Missionaries in the country were quick to report that Emperor Minh Mang had spoken favorably of the Japanese for eradicating Christianity in their country and shutting themselves off from the western world. Of course, the situation was not as simple as that but it reflects the mentality of Emperor Minh Mang. He was known for being very scholarly, very conservative and very suspicious of anything foreign. However, he was not opposed to learning from the west and, in fact, took a great interest in western technology and ideas. However, he felt that these all had to be strictly limited and that it was better to have no foreign elements at all that to risk the damage that these things would do as he saw it. Personally, he was a very regal monarch who impressed all those who visited him. He worked tirelessly, no detail being too minor to escape his attention. During his reign, Vietnam would achieve something of a “Golden Age” with a highly developed society based on the Confucian moral code and a realm stretching across all of Vietnam and most of Laos and Cambodia.

Described as a gentle man, almost feminine in his delicate grace and manners, Emperor Minh Mang was, nonetheless, a strong ruler. He refused all French trade agreements, rebuffed the first American visit to Vietnam and would not allow anyone to do business with his empire who did not conform to their laws and customs. The westerners, who he referred to as barbarians, were to be shunned. Although much is usually made of his anti-Christian policies, he was not exactly lenient when it came to East Asian religions like Daoism or Buddhism. He believed in Confucianism and ancestor worship and thought that religious diversity could only be a weakness. Moreover, these other religions tended to be egalitarian to an extent, disregarding or even denying the divine authority of the Emperor as the “Son of Heaven” and so they were suspect in their loyalty. Christianity, being foreign and also insisting that even the Emperor was a sinner who would have to accept Christ to attain eternal life, was naturally singled out for particular scrutiny. When revolts against the dynasty sprang up, whether instigated because of foreign meddling or simply corrupt local mandarins, Minh Mang was convinced that the Catholics were behind it all and that the “perverse religion of the Europeans” must be to blame. 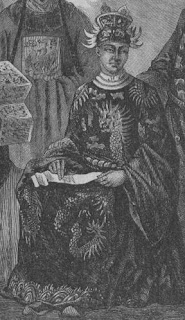 The Emperor was not always wrong in his suspicions but such attitudes can result in self-fulfilling prophecies. The noted soldier and scholar, Le Van Duyet, had voiced some concern at the Emperor’s policies given that his father had promised to tolerate Christianity in his realm. When his adopted son, Le Van Khoi, led a rebellion against the Emperor this, combined with the many Catholics who supported him, reaffirmed in the Emperor’s mind that Christianity was a virus that had to be purged from his country. Armed with this self-assurance, Emperor Minh Mang ordered the arrest of all foreign and Vietnamese Catholic priests. Some escaped but some did not such as Father Francois Isidore Gagelin who was slowly strangled to death in 1833 and then exhumed from his grave three days later to make sure he had not been resurrected like Christ. When reading this stories, it is important to keep in mind that this was not a massive bloodbath. Only about ten missionaries were actually executed over a period of seven years, however, the method of execution was often gruesome as these men were being used as examples in the hope that the people would abandon the religion and that foreign missionaries would not return to Vietnam. Despite the way he is often portrayed, Emperor Minh Mang was not a cruel or vicious man. He firmly believed that he was taking harsh but necessary measures for the good of his country and would have preferred to do it all without any violence.

Most Vietnamese, after all, were not Christians and had no contact with the religion. The Emperor was not consumed by the subject and generally regarded the westerners, who he considered “barbarians” to be unworthy of much consideration. He was most interested in traditional cultural pursuits. He was a very skilled writer and poet, writing the poem that would be used to name future generations in keeping with their place in the line of succession to the throne. And there were many of them. Emperor Minh Mang reputedly had a huge number of concubines and fathered 142 children. One wonders when the man found time to rule a country. He was also a great builder and left behind many beautiful monuments that are today cultural treasures of Vietnam such as the Mieu Temple build in 1821 which honors ten of the Nguyen emperors and his magnificent tomb complex which attracts many visitors to this day. It was also he who ordered the casting of the nine large urns outside the Hien Lam Pavilion and Mieu Temple which had great spiritual significance. His motto as emperor was to “conform to the constant movement of Heaven” and this was his guiding principle. There was a cosmic order that Emperor Ming Mang wanted his country to be in harmony with and he sought to encourage that in all instances while rooting out anything that might disrupt that harmony. 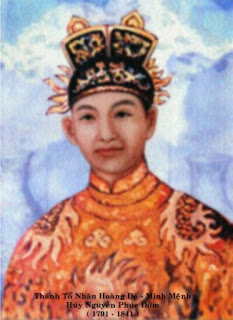 All too often, the foreign policy of Emperor Minh Mang is over-simplified to be isolationism and anti-Catholic persecution. It was, actually, much more complex than that. The French had government that were themselves alternately pro- and anti-Catholic Church and the Emperor tried to hold off on taking actions he knew would anger the French until a time when they would be least able to do anything about it. He was also not being unreasonable in his demands that visitors respect local laws and customs and it is also true that some missionaries in Vietnam did not confine themselves to spiritual matters as they should have done but stepped over the line into politics and so brought down punishment on themselves. It is also often overlooked that Emperor Minh Mang was well informed about world events and began to moderate his isolationist position somewhat. He saw the British being very successful in their intervention in China, the traditional powerhouse of East Asia, and this alarmed Minh Mang greatly that the French might do the same in Vietnam. He sent envoys to Paris in an effort to come to an understanding with the French but, due to the political situation in France at the time, King Louis Philippe refused to even receive them. There was, then, an opportunity for France and Vietnam to work out their differences peacefully but it was one that France, not Emperor Minh Mang, refused to embrace.

Not long after, Emperor Minh Mang died on January 20, 1841 at the age of 49. His reign had, overall, been more glorious than troubled. He was strict about the Confucian bureaucracy and social system but he was also gentle, lessening the use of forced labor and showing concern for the peasants. He had defeated all rebellions against his authority and an attack from Siam that tried to take advantage of the most serious of these. The Great South had endured, united and secure under the reign of Minh Mang. The harmony that he so focused on had been protected and his policies would persist into the future, perhaps even more so, under his son and successor Emperor Thieu Tri. The persecution of Christians is a dark spot, though it was not as bad nor as completely unfounded as some choose to think. However, this would build to be a greater problem in the future and that is the only negative that can be attributed to Emperor Minh Mang. According to his traditional, conventional Confucian mindset, he had done everything right and everything had mostly gone well. The problem was what would happen in the future as the combination of internal unrest, the persecution of Christians and the isolationism that led to Vietnam being left behind in terms of technical advancement, would ultimately have negative repercussions for the Nguyen Dynasty. Still, one can hardly expect a monarch to be able to foretell future events. Emperor Minh Mang was a very traditional monarch and by the standards of his own traditions, the Confucian system of authority, virtue and piety, he was a successful monarch and a very great emperor.
Posted by MadMonarchist at 12:22 AM