Beware the Ides of March 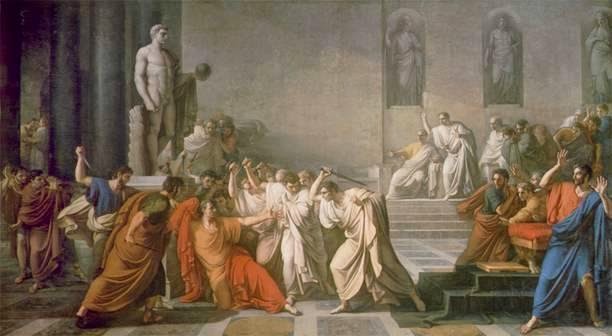 On this day in 44 BC Gaius Julius Caesar, duly elected Dictator of the Roman Republic, was assassinated by a group of conspirators. Read my thoughts on the assassination here and a profile on Julius Caesar here.

It was a dramatic sign of how far fallen the Roman Republic already was, striking down the greatest leader of the day because his success made others fearful of him. His murder set events into motion which led to the founding of the Roman Empire and, oddly enough, the conspirators, fearing a potential king, created a dynasty of emperors.
Posted by MadMonarchist at 3:41 PM

Email ThisBlogThis!Share to TwitterShare to FacebookShare to Pinterest
Labels: ides of march, Rome