Royal Friends of Texas: The Netherlands 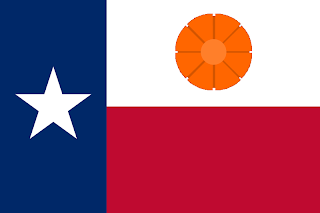 Dutch immigration to the New World has been extensive over the centuries but has mostly been concentrated in areas far removed from Texas. However, Dutch influence in Texas history goes back to the colonial period with the very first Dutchman in Texas being a very prominent figure in Texas history. That man was Felipe Enrique Neri, Baron de Bastrop. He was born Philip Hendrik Nering Bögel in the colony of Dutch Guiana (modern-day Surinam) in South America. He promoted himself to Baron de Bastrop when he moved to New Orleans, Louisiana and adopted the Spanish version of his name after coming to San Antonio, Texas. He had served in the Dutch army (cavalry of course) before marrying, having five children and then working as a tax collector. When he was accused of having sticky fingers he packed up his family and moved to Louisiana (at that time under the Crown of Spain). He made a fortune, lost it and started to make another when he moved to Texas after France received Louisiana and sold it to the United States. Baron de Bastrop moved to San Antonio in 1806 and received a grant from the Spanish government to establish a colony between Bexar and the Trinity River.

Baron de Bastrop was an extremely important figure in the development of Texas. He was elected mayor, established good relations and trade with both the Mexicans and the local Caddo Indians as well as helping Moses Austin gain permission to establish the first Anglo colony in Texas which was later carried out by his son Stephen F. Austin, the “Father of Texas”. Baron de Bastrop was trusted and respected by the Spanish and later Mexican governments and his influence brought about the passage of numerous laws that greatly benefited Texas such as the establishment of a port at Galveston island. He was commissioner of colonization for the Austin colony and was later elected to the state legislature of Coahuila y Tejas. He served there up until his death in 1827. A city and a County in Texas are named Bastrop in his honor though it was not until some time after his death that it was learned that his title of Baron de Bastrop had been a fabrication. Nonetheless, because of his great contribution, no one thought that mattered and in Texas he has forever remained Baron de Bastrop. Not long after, came the War for Independence and the establishment of the Republic of Texas.

The Kingdom of The Netherlands was fairly quick to recognize the Republic of Texas and establish full diplomatic relations. When the Kingdom of Belgium did so, the Dutch did not want to be left out and so did the same, opening a Dutch embassy in Austin and welcoming a Texan ambassador to Amsterdam. The Kingdoms of France, Belgium and The Netherlands were the only European countries to fully recognize the Republic of Texas as a sovereign state. Dutch settlers, however, were slow to come to Texas, though there was some trade between Texas and the Netherlands and Dutch colonies in the Caribbean and South America. Dutch settlement in Texas would never be extensive but it did pick up after the end of the American Civil War. One early group was led by Pieter Nieveen and a man named Mr. Roelofs who brought Dutch settlers to establish a farming colony in Denton County. Unfortunately, the enterprise was not a success. Another Dutch colony was attempted at Gothland but met a similar fate. However, in 1895 a group of Dutch businessmen started the Port Arthur Land Company and bought 66,000 acres of prairie land in southeast Texas for resale at $8 per acre. The first Dutch immigrant to buy some of the land was George Rienstra in 1897 and a few months later about fifty Dutch families followed him to start a new life in Texas. To house them while their new homes were built they constructed the Orange Hotel named in honor of the Dutch Royal Family. This little settlement became what is now the town of Nederland east of Houston. 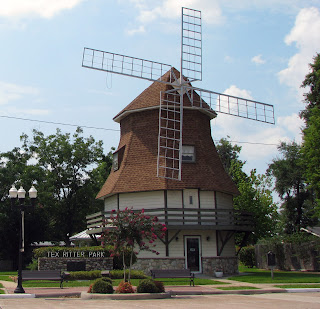 At first the Dutch stuck to what they knew best, making cheese, raising dairy cattle and growing rice. However, not long after oil came bursting out of the ground at nearby Spindletop and an oil processing plant was soon built a mile south of Nederland. This proved beneficial when the local rice industry was wiped out in the 1907 depression, the local Dutch families were able to find work with the oil companies and the town of Nederland prospered. The town of Nederland remains a unique little corner of Texas and eventually the locals built a large, Dutch-style windmill in the center of town to honor the Dutch settlers who founded it. Another little town, less noticeably, has Dutch roots in Texas. That is thanks to Willem Henrik Snyder, later known as “Pete” (for some reason) who was the first settler in Robber’s Roost where he set up a trading post on Deep Creek. He primarily did business with West Texas buffalo hunters who traded hides for supplies, hence the area became known as Hide Town but which was later renamed Snyder, Texas in honor of the Dutch frontiersman who founded the place.

Over the years the Dutch-Texans became known for their religious faith, family ties and uniquely Dutch habits. Unlike other Texans, they saved their horses for plowing and walked everywhere. They saved their money and never bought on credit and whereas most Texans love eating tomatoes raw with a little salt, the Dutch figured that, being a fruit, tomatoes should be eaten stewed with sugar and cornstarch. There were also a number of Dutch natives who became notable throughout Texas history such as David Levi Kokernot who was born in Amsterdam but later moved to New Orleans were he became a pilot and eventually bought his own ship. While hunting smugglers on the Texas coast, he shipwrecked at Anahuac and ended up joining the local Texas forces in the War for Independence. He became good friends with General Sam Houston who, after becoming the first President of the Republic of Texas, gave Kokernot a number of special jobs and he was even the captain of a company of Texas Rangers for eleven years. His sons later grew up to be major cattle ranchers in West Texas. Descendants of his are still working in the cattle business in the area west of Fort Davis. Another Dutch family who came to Texas was that of Maarten and Antje Koelemay who settled with their eight children in Nederland. After having no luck at the cheese business the sons became railroad workers while living at the Orange Hotel which their father managed until 1915 when a storm forced the historic hotel to close. 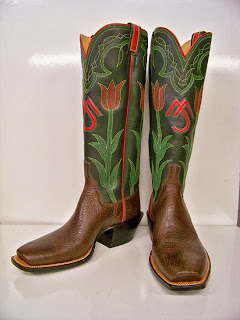 The Dutch influence on Texas has been considerable for their relatively small numbers. They were pioneers in the hotel business, dairy farms and in the oil business. Dutch settlers were known for maintaining strong ties with their homeland, including the regular marking of ‘Queen’s Day’. John Brands was a noted priest from the Netherlands who was instrumental in the strengthening of the Catholic Church in Galveston in the 1840’s and they introduced things to Texas as varied as coleslaw and doughnuts. Dutch people have played a part in Texas history ever since the days of the famous Baron de Bastrop and the Kingdom of the Netherlands has enjoyed friendly diplomatic relations with Texas ever since the early days of the republic. For a little while, in a very nominal way, Texas and The Netherlands were even under the same monarchy in the days of Emperor Charles V and King Philip II of Spain before Dutch independence was won. Hopefully the close ties and friendship between Texas and the Kingdom of The Netherlands will always continue.
Posted by MadMonarchist at 12:08 AM