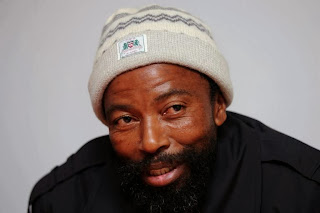 With the death of Nelson Mandela, many people have been curious as to what, if any “royal” connections Mandela had. It is a somewhat difficult issue to address since the tribal system of South Africa does not translate easily into the royal terms most are familiar with. For example, sometimes a chief is referred to as a king even though there are differences in the status of one chief or another and differences in how chiefs are chosen. A chief of the highest order is often known as “king” and yet there are other chiefs below him, a king may declare someone a chief who he favors, who are not of the same status. It should also be kept in mind that none of these, be they called king or chief, are sovereign rulers like the Prince of Liechtenstein or the Grand Duke of Luxembourg. As we shall see, some have tried to assert sovereignty in the past but were quickly thwarted by the republican government of South Africa which grants them an expense allowance and thus holds them in a large degree of economic dependence on the national government. Some tribal kings have been set up and others deposed, some have gone to the courts to contest the title of the tribal chief or king and sometimes the government has declared people claiming to be chiefs or tribal kings to be invalid. In can become rather confusing. In this case, however, we will be looking particularly at the Thembu people of whom the late Nelson Mandela was a member.

Mandela was a member of the Madiba clan of the Thembu tribe of the Xhosa ethnicity (again, even that can get a little complicated), although as that designation came about during the apartheid era it is now disputed that the Thembu and the Xhosa have anything at all in common. The Thembu claim to be an ancient kingdom, originating in the area of the Congo before moving into southern Africa. However, this is somewhat disputed now as it is being used as a basis for claims to a greater prestige and perhaps even independence (more on that later) which the South African government (the ANC as the country is effectively a one-party state) adamantly opposes. Mandela was related to the local chieftain family but, for reasons which will become clear, most of his devoted adherents prefer not to highlight the relationship. He was the uncle, for example, of Kaiser Matanzima who does not have a very good reputation in South Africa these days. His status is a little unclear as his titles are sometimes royal and sometimes republican in nature, depending on what one is reading. His unpopularity stems from the fact that he worked with the White minority government. This cooperation is often cited as the “price” for his being recognized as the paramount chief (sometimes rendered as king) of the “Emigrant Thembus” which was a separatist group.

Chief/king Kaiser Matanzima supported the Bantu or Black Authorities Act of 1951 by which the apartheid government set up officially recognized homelands for the native people. They called this an effort at genuine cultural preservation for the native African people. Others would say that the government was doing this to have a place to expel Blacks who caused problems in the parts of South Africa where the White minority was most concentrated. Chief/King Kaiser Matanzima claimed that he had his own agenda in mind even though it meant breaking with the African National Congress (the communist-coalition revolutionary group of Mandela). Matanzima had a vision for Black South African liberation coming from the establishment of a federation of all-Black states whereas the ANC was determined to stay within the White-established South Africa while using popular pressure and acts of violence to force the Whites out of power. Matanzima became very unpopular with the radicals because of this, some of whom even tried to assassinate him. Nonetheless, Transkei became the first “independent” Bantustan (as a republic) with Matanzima being elected Prime Minister. However, some at the time accused him of corrupt dealings and ruling like a dictator while he later clashed with the South African government over territorial demands. At one point, Matanzima tried to assert actual independence but was stopped when the South African government threatened to cut off the financial assistance he depended on.

In 1979 King/Chief/Prime Minister Kaiser Matanzima became State President and made his brother prime minister. In 1980 he banned opposition parties including the Democratic Progressive Party led by Sabata Dalindyebo who went into exile in Zambia and joined the ANC. Dalindyebo was also challenging Matanzima for the kingship of the tribal nation. Matanzima continued to keep politics “in the family”. He appointed the father-in-law of Nelson Mandela to his cabinet and when Mandela was arrested he tried to persuade him to leave prison and go into exile in Transkei. Mandela had been arrested, tried and convicted of complicity in 156 acts of public violence, mostly terrorist bombings which took the lives of many men, women and children. Mandela himself pleaded guilty to these charges and the South African government offered to release him if he would only renounce violence but Mandela refused to do so (which is why Amnesty International refused to designate Mandela as a political prisoner). In any event, it seemed to work out for him as his imprisonment was not harsh and Mandela was able to keep in contact with his followers, maintain his leadership and become a very rich man all while in prison. He refused to even speak with his uncle, classifying him as collaborating with the apartheid system which is what the ANC said about anyone that did not go along with their leadership and agenda.

In the meantime, Matanzima was forced to step down as President over mounting cries of corruption and following a family feud with his former PM, brother and successor as President he was even arrested for a time in 1987. As mentioned earlier, he was effectively deposed as Chief/King by Sabata Jonguhlanga Dalindyebo though this was largely nominal as he died while still in exile in Zambia. Nonetheless, he is a more well regarded figure today because, in backing the ANC, he had picked the winning side. However, the drama did not end there. He was succeeded by his son Buyelekhaya Zwelinbanzi Dalindyebo a Sabata in May of 1989 and he has “reigned” as King of the Thembu ever since. It was this man of whom Nelson Mandela was, in a sense, a subject or at least would have been if the kings in South Africa had actual sovereignty. His official duties are mostly restricted to settling minor disputes between locals and carrying on familiar traditions. However, his time in office or on the throne has been quite controversial. In 2005 he was indicted for fraud, murder, attempted murder, kidnapping and arson stemming from his reaction to what he basically regarded as a village rebellion. He was sentenced to 15 years in jail but is appealing the verdict.

Since that time, the friendly relationship he and his father had with the ANC government came to an abrupt end as King Buyelekhaya blamed President Jacob Zuma for failing to intervene to stop the criminal proceedings against him. He has since pointed out the long list of unsavory things Zuma has done without consequence. Also since that time he has, in a mild way, tried to secede from South Africa and create a Kingdom of Thembuland, taking two-thirds of South Africa with him as “historic territory”. The South African government has pretty much ignored this and the King has said that he is strictly non-violent and will accomplish his goal by educating people on the “true” history of the Thembu which he has said were an ancient and powerful nation that have been unjustly eclipsed in South Africa. In particular he has railed against the most high-profile South African tribal-kingdom of the Zulus, complaining that these were nothing compared to the Thembu people and that they only achieved status by working with the Whites. He has also complained that the Zulu king receives far more government funds (63 million rands a year) than he does because of their undeserved (in his view) notoriety. He has also demanded $124 million in damages from the government and a whopping $10.8 billion for the “humiliation” that his trial caused the Thembu people. 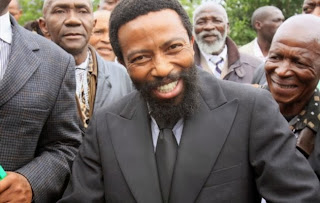 It is a precarious position to take as all the remaining sub-national royals in South Africa exist only at the whim of the ANC government which can usually get them to fall in line by threatening their allowance. For instance, there were originally 13 tribal kingdoms in South Africa, recognized by the government but, after an inquisition by the ANC, six of these were declared to be the illegitimate fruits of the apartheid government and abolished. So far, accusing anyone of having anything to do with the apartheid era is enough to gain a political victory and when King Buyelekhaya had his lawyer give notice of the “independence” of “Thembuland” the ANC responded by saying this was a call for a return to the “homeland” policies of the apartheid government. Most people do not take it seriously at all nor is there any reason to expect that they ever will. It has been a radical turnaround since his early days when he was a member of the armed wing of the ANC. In 2011 he appointed one of Mandela’s grandsons to the position of a village chief, however, despite being his nominal subject, yet actual political superior while President of South Africa, Nelson Mandela refrained from any involvement with his native kingdom, its monarchy or its troubled king. The closest to involvement came when the King ridiculed President Zuma at a prayer service for Mandela, prompting calls for him to be deposed but it is difficult to tell where that has gone. The ANC wanted the family to remove him and the family seems to have wanted the ANC to do it. Anyway you look at it, the situation is far from ideal to say the least of it.
Posted by MadMonarchist at 12:06 AM