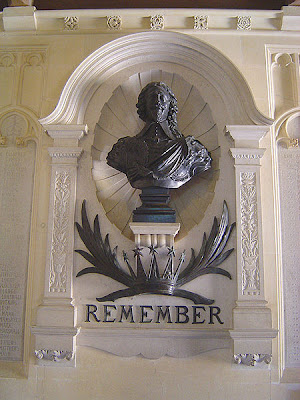 It was on this day in 1649 that an impious conspiracy sent the saintly martyr King Charles I of Great Britain and Ireland to his eternal reward. Charles I is one of my very favorite monarchs, and I am not to be included among those who say (sincerely) that he may have been a good man but he was certainly not a good monarch (and of course there are those who say much worse). In my view he was a great man and a great monarch, his devotion to his duty and his principles are to be admired as is his sincere faith and loyalty to his family. As far as I'm concerned this should be a day of mourning across the English-speaking world and all those across Great Britain and the Commonwealth who treasonously advocate for a republic should be reminded of the death of King Charles the Martyr and the terrible fate that befell the British Isles when their ancient monarchy was torn from them. The name of King Charles I should not be considered an embarassment but rather should be defended and invoked constantly in the struggle of today. As for myself, I believe he is now sitting with the angels.

Monarch Profile: King Charles I
MM Video: Charles I of Britain
King Charles the Martyr
Posted by MadMonarchist at 12:26 AM