December 7, When America Went to War ... with Austria 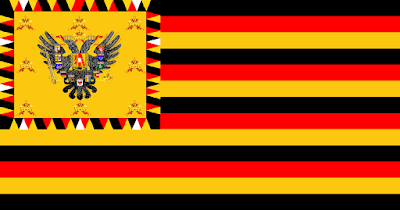 December 7, 2016 marks the 75th anniversary of the Japanese attack on Pearl Harbor, the event which brought the United States of America into World War II, or, in other words, the day Japan decided that the Axis powers didn't really want to win anyway. However, much, much less well known is that December 7, 2016 is also the 99th anniversary of the day that the United States of America declared war on Austria-Hungary in 1917. By that time, of course, the U.S.A. was already at war with the German Empire, having declared war on Kaiser Wilhelm's government on April 6, 1917, several days after President Woodrow Wilson requested it. At that time, President Wilson said that it would do to wait and see how things developed with Austria-Hungary, admitting that the Emperor Charles I in Vienna had committed no acts of aggression against the United States and had done no Americans any harm upon the high seas. The declaration of war against Germany, despite Wilson's grandiose call to "make the world safe for democracy" was undertaken mostly due to German submarine attacks on American shipping and the hair-brained scheme to enlist Mexico in a post-war carve-up of U.S. territory. Austria-Hungary could not be accused of such hostile acts, so a decision on that issue was postponed.

It was, actually, Austria-Hungary which made the first tentative move toward war, a war probably everyone regarded as inevitable given how closely linked were the war efforts of Germany and Austria, particularly by 1917. Two days after the American declaration of war against Germany, Emperor Charles I recalled his ambassador and broke off diplomatic relations with the United States, the usual prelude to war and presumably done to show solidarity with his German partners (who were rather suspicious of the Emperor's commitment to their partnership after the Sixtus Affair). Several months later, on December 4, in his State of the Union address to Congress, President Woodrow Wilson finally responded by asking for a declaration of war against Austria-Hungary. In his speech, Wilson regarded this as simply a means of better executing the war against Germany, characterizing Austria-Hungary as a vassal of the Germans, an instrument of Berlin, rather than an actual independent power. That is not true of course but, given the war situation at the end of 1917, it was not so far from reality as the loyal admirers of the "Dual-Monarchy" would like to think.

The actual declaration of war was a much more procedural affair than the dramatic declaration of war on Germany and not all that many people seemed to notice, perhaps not even in Austria-Hungary which was near to collapse in any event. Oddly enough, the bill, proposed by Democrat Congressman Henry Flood, was approved by a larger majority than had approved the declaration of war on Germany! The bill passed with only one vote of opposition in the House of Representatives (cast by an anti-war socialist) and unanimously in the Senate. Republican Congresswoman and anti-war icon Jeanette Rankin (who would later cast the only opposition vote for the bill declaring war on Japan after Pearl Harbor) had voted against declaring war on Germany but voted in favor of declaring war on Austria-Hungary. Her explanation, that the declaration of war on Austria-Hungary was a mere formality and meant little given that war had already been declared against Germany, does not quite make sense given that her "no" vote to the war against Germany was itself largely symbolic, both chambers being overwhelmingly in favor of war after the revelation that the Germans had attempted to persuade Mexico to attack the United States. If a symbolic act of defiance was appropriate for the declaration of war against Germany, why not Austria-Hungary?

Why it happened, of course, is as ridiculous as the entire First World War was in its inception. Another in a long list of things that did not need to have happened and should not have happened. No one alleged for a moment that Austria-Hungary had committed any sort of attack on the United States. There was no fear of Tyrolean riflemen splashing on to the Jersey shore or Hungarian hussars clattering down Sixth Avenue. The official report made by the House Foreign Affairs Committee justified the call for war on the grounds that the Austro-Hungarian ambassador, Konstantin Dumba, (who had already been recalled) had been implicated in a conspiracy to disrupt American munitions production by causing labor strikes and, ridiculously, that an unknown submarine had sunk an American schooner in the Mediterranean and that one of the officers on this submarine was heard to be speaking -and no I'm not joking the report actually said this- "Austrian", causing them to naturally assume it must have been an Austrian submarine. Truth is stranger, and often more comic, than fiction. If it matters, the ship in question was almost certainly sunk by the German submarine, U-35. One cannot help but wonder if he identified the vessel as being from the United States after hearing the crew speaking "American".

These, of course, were simply clumsy efforts to justify an action being taken done, as Wilson himself said, in order to make the prosecution of the war against Germany easier. It was inevitable with the declaration of war on Germany given that both sides had forces serving alongside their allies on every front. There were Austrians supporting the Germans on the Western-front, there were Germans supporting the Austrians on the Italian front, there were even Germans and Austrians both supporting the Turks in the Middle East. The American Expeditionary Force would easily avoid the small Imperial-Royal detachment on the western front but in Italy the two sides were bound to clash and after the major German commitment to the Italian front for the Battle of Caporetto, which ended only the previous month, that was something the U.S. military leadership was very concerned about. It would, effectively, be impossible to fight the Germans without fighting the Austro-Hungarians as well. The United States did not, however, go to war against Bulgaria or the Ottoman Empire which, by December 1917, had lost Jerusalem and was crumbling fast.

In any event, Americans and Austro-Hungarians would see very little combat against each other. Some U.S. forces did serve on the Italian front against Austria-Hungary but they, as with the British and French, had arrived mostly after the crisis of Caporetto was over and the Italians recovered and carried on with the war on their front mostly on their own. On the western front, the small Austro-Hungarian contingent was deployed far from the primary area of operations for the American Expeditionary Force. Yet, in spite of the American and Austro-Hungarian forces having little to do with each other, the war between the United States of America and the Austro-Hungarian Empire would actually continue for longer than most people realize. In fact, it continued for some time after Austria-Hungary no longer existed. This was because the United States, quite wisely in my opinion, refused to endorse the whole Versailles peace fiasco and likewise refused to be party to the Treaties of Germain-en-Laye and Trianon by which the other Allies carved up the Hapsburg lands. The United States, therefore, remained officially at war until 1921 when the U.S. made separate peace treaties with Austria and Hungary. In fact, the U.S. believed the war reparations being demanded by the other Allies on Austria and Hungary were too harsh and actually assisted the Austrian and Hungarian governments with these onerous payments. It was a rather fitting end to a conflict that, like the Great War as a whole, should not have been fought in the first place by powers who had no real reason to be enemies.
Posted by MadMonarchist at 11:16 AM