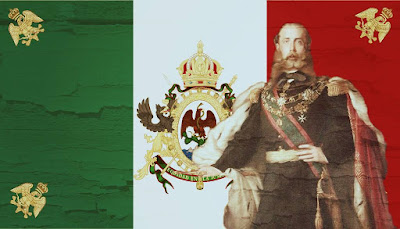 Last night's Republican primary debate in Houston contained quite a few questions about the subject of Mexico, illegal immigration and border security, most of them aimed at candidate Donald Trump and his promise to build a wall on America's southern border and have Mexico pay for it. Important people from the Pope to former Mexican President Vicente Fox have denounced such an idea and criticized Trump heavily for suggesting it (though as many have pointed out the Pope has a very high wall surrounding his own country and Mexico has a very heavily defended wall on its southern border to stem the flow of illegal aliens from Central America into their own country). What people need to understand though is that the issues involving the border are a symptom rather than the problem itself. The United States does not have a "border problem" but rather a "Mexican problem". There was a clue to this during the debate when Trump was asked why he wanted to build a wall along the border with Mexico but not along the border with Canada (the longest undefended border in the world by the way). His basic answer was that it would not be practical but long-time readers of this blog will know why such a thing is not simply impractical but unnecessary. America has no problem with the Canadian border because there is no "Canada problem".

The difference is that Canada is a successful, stable and prosperous country that many people from around the world have and do wish to live in. Mexico, on the other hand, is an impoverished, unstable and violent country that even most Mexicans do not wish to live in, hence the many millions of illegal aliens from Mexico living in the United States. Americans can, and should, deal with the border situation but this is a Mexican problem at its root that can only be solved in Mexico by Mexicans. Whereas Canada is a constitutional monarchy with a long-standing respect for the rule of law and principles and a political culture not terribly different from that in the United States, Mexico took a different path and Mexican history has been dominated by dictators, coups, civil wars and more than one revolution. Mexico did not have to take that path nor does it have to continue to adhere to it but so far it is persisting in it while the all-but-open border with the United States enables these problems to persist. 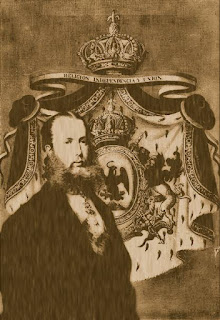 Mexico needs a better plan for prosperity than simply moving everyone to the United States. The Pope, on his recent visit, actually said something similar but, of course, it got very little play in the media. He said, basically, that Mexicans needed to make Mexico a country that the Mexican people wished to live in rather than flee from. I would argue that the short-lived regime of Emperor Maximilian was the last, best hope Mexico had for achieving that goal but his friends were few and his enemies were many. Mexico is a beautiful country with ample natural resources and all the building blocks needed for having a successful, prosperous country. What is lacking is a good government and a political culture that is based on encouraging success rather than the revolutionary culture of exploiting one group for the benefit of another. Unfortunately, there has been a tendency to take anyone who tries to bring good government to Mexico and put them in front of a firing squad. I firmly believe that Mexico can be a prosperous and powerful country when men like Emperor Maximilian are celebrated and bandits like Pancho Villa are the ones who are vilified.

Right now, commitment to making it as easy as possible for Mexicans to enter the United States illegally is about the only thing that every party in Mexico agrees on. It is a precarious sort of unity because, despite what detractors say, the United States could easily stop almost all illegal entries into the country from Mexico if it really wanted to. Simply stopping all wire-transfers from the U.S. to Mexico would very quickly force Mexico City to change their attitude on the subject. However, for the problem to really be solved the Mexican government needs to stop worrying about Donald Trump and start trying to 'make Mexico great again'.
Posted by MadMonarchist at 2:37 AM