Roots of the Terrorist Victory in Paris 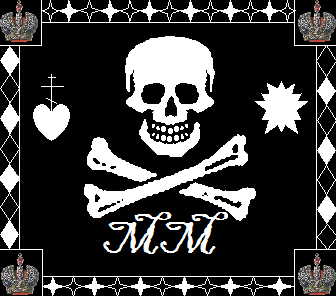 So, there has been another terrorist attack by Muslim perpetrators, this time in France. And, just like the Madrid Train bombings and the July 7 bombings in London as well as numerous other acts of terrorism, the recent killing in France was carried out by French nationals, not foreigners who slipped through the security net (not that such a thing would be difficult) but by citizens of the French Republic. And it was, once again, in response to cartoons these Muslims decided were offensive to their religion. In 2010 I wrote an article about “Draw Mohammed Day” which attracted some blowback. I was not in favor of it which some seemed to take as me siding with Islamic terrorists. Hardly, I simply prefer to wage war on them rather than mocking them with cartoons, enflaming their anger but then refusing to deal with it in any meaningful way. At times like this, many people are going to ask “why?” and try to rationalize the events in some way. There are, of course, many reasons why but one simple reason is “because they can”. For the Muslims, how they practice their religion and what they do in their own countries is their own business and I have not the slightest interest in it unless it crosses their borders. That, however, is also where their responsibility must also be shared with another, in this case: France.

Acts of terrorism like this are carried out because they can be carried out and because they are effective. Have any major media outlets actually shown the controversial images in question? No, because they fear attack and that is how this works. Looking across the French border at Germany there was recently a sizeable and (I am told) rather ugly protest by Germans upset about the presence of Muslims in their country and what they called the “Islamization of Germany”. That was followed up by an even larger counter-protest by Germans who were supportive of the Muslim presence in Deutschland. On January 2, I noted on Twitter, there were Muslim-solidarity marches in Sweden in response to a string of arson attacks on Swedish mosques while that say day there was big news about a ship full of Muslims running ashore in southern Italy. Evidently, in spite of the arson and protests by people who oppose Muslim immigration, none of it has been sufficient to put Muslims off the idea of coming to Europe any way they can, by legal or illegal means. If Muslims were really being badly treated, more would not be coming to Western Europe every day. After all, even long before things got really bad in Nazi Germany, Jewish immigrants were certainly not flooding into Germany under Hitler.

France, as well as many other countries, have these problems with Muslims because they allow them to settle in France and, to be fair, the French have even done more than some other countries in trying to enforce a certain level of assimilation on new immigrants. However, that too is part of the problem because having new immigrants from Algeria or Tunisia learn the language, recite the timeline of the French Revolution or sing the Marseilles is not actually sufficient. One cannot make an Algerian into a Frenchman when even the French cannot say exactly what it means to be French. This is a problem that goes back to the Revolution itself because it is rooted in the republican mentality. There was a time when any French man or woman had a very definite grasp of what it was to be French. They understood their traditions because they continued them, they knew what their religion was and they knew their national story all the way back to Pepin, Clovis and even Vercengetorix. However, then comes the French Revolution which breaks with that past, suppresses those traditions and says the entire thousand years of French history up to that point has all been bad. What then do the people have to hold on to? How do they define themselves? They cannot, and so they drift along with passing trends of fashionable society and First World opinion.

Immigration has become a hot topic all around the world and it is one, I think, many people misunderstand. The fundamental point is a very Marxist one. Those who say people must be free to immigrate, legally or illegally, to any country they please are effectively saying that no people have an inherent right to their own property. France is not just for the French, France must be for everyone be they from Morocco, Benin or Senegal. Now, as it happens, this is a one-way street because there are still quite a few countries that would not subscribe to such thinking and it is just as well as these tend to be countries no one would want to move to anyway. The point is, these Muslim terrorists could have moved to a country that upheld their religious beliefs (there are plenty of them) but they did not because they felt entitled to live in France and demanded, by their actions, that French society change to conform to their values and sensibilities. Why do they think this way? Because France has conditioned them to as has western civilization in general. After the Madrid bombings, Spain pulled its troops out of Iraq, after Danish cartoon controversy, virtually every country self-censored in response and even after the London bombings or the terrorist attacks in America, the call was for tolerance and understanding -on our part only.

As before, with the Mohammed cartoons or people burning the Quran, I disapprove of such things. It is not proper behavior, it is needlessly antagonistic and accomplishes nothing of value. However, that does not mean there should be a law against it. A nation has every right to enact laws protecting that which is most sacred to them, be it the national flag, the King or the religion. None have a right to force other people in other lands to treat as sacred things which they do not believe to be so. What is behind violent episodes like this is one society that holds nothing sacred welcoming into its midst another society that holds certain things very sacred indeed. The secular society is ill-equipped to handle such a situation and has been getting worse. The radical Islamist is prepared to kill and to die for his beliefs whereas the secular European, or average citizen of any First World country these days, is increasingly unwilling to fight or die for anything (Americans are probably the most willing but that attitude is fading fast due to a lack of appreciation, cooperation or even moral support for America‘s alleged allies). They will hold protests, post pictures on Twitter or Instagram, march in the streets and generally make a nuisance of themselves but they will do nothing that would mean risking life, limb or their subsidies.

All of that is why, I say, they do it because they can, because so many give them cover, make excuses for them and even justify their actions. They also do it because it works because so many give in to them. You see it in acts of self-censorship, you see it in the counter-protests in places like Sweden and Germany, you see it when national policies are changed to keep such malcontents happy. One of the most blatant examples of this is the British Islamic radical Anjem Choudary who, in any right-thinking country in the world, would be deported, imprisoned or even executed for the blatant treason against his lawful Queen and country that he spews on a daily basis. In short, these things happen because the West allows them to happen and it allows them to happen because of the republican mentality which has infected monarchies like Sweden, Britain or Spain as well as republics like France, Germany and Italy. So, essentially, it all comes down to a will to survive. If Europe does not have the will to survive, the most advanced civilization in human history is in its twilight. If it does, it will be forced to embrace its own roots again, reject these idealistic, republican contrivances, believe in something and stand up for those beliefs. First and foremost though, I would say, as a practical matter that must be done is a reevaluation of “hate speech” or political correctness. Whatever one chooses to call it, it is based on the fear of being labeled a bigot or a racist or an otherwise hateful person, which is about the worst thing one can be accused of these days because of our current value system. And, that’s not a bad thing. What has, however, been disastrously bad and harmful is stretching this mentality out of all proportion to say that it is hateful or bigoted or racist or whatever to want to protect your own people, your own country and your own culture and values. That is not hateful or bigoted and shame on our society for ever thinking it to be so.
Posted by MadMonarchist at 11:20 PM