Anniversary of a Greek Tragedy 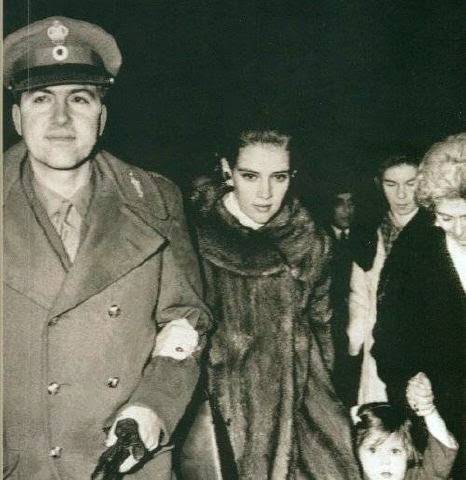 On this day in 1974 was held the last referendum on the subject of the Greek monarchy, reaffirming the abolition of the institution which had actually taken place effectively some time before. HM King Constantine II had already been overthrown in a coup and replaced by a military junta which held its own staged referendum to abolish the monarchy as a way of putting a “democratic” face on their treason. However, after the junta was overthrown all of its legal rulings were declared invalid and so, in order to keep up the pretense of democracy, it was necessary for the new ruling elite in Athens to stage another referendum to verify the abolition of the monarchy. The result was, not surprisingly, a considerable majority of a little over 69% voting in favor of the republic that then held power. Was this a “free and fair” expression of the will of the Greek people? Of course not, even if there was no chicanery in the voting process (which is highly unlikely to say the least), both sides were not given a fair hearing by the public. The exiled King Constantine II was not allowed to return to his homeland to make his case and campaign on his own behalf. So, only one side was really allowed to be heard. 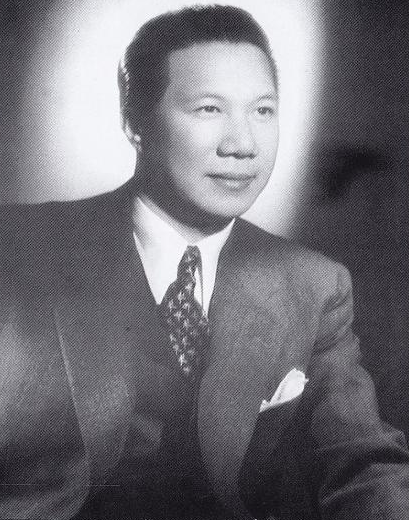 In this manner, the vote was reminiscent of the referendum which replaced the former Emperor, Bao Dai, as “Chief of State” of Vietnam with his Prime Minister Ngo Dinh Diem as the first President of what then became the Republic of (South) Vietnam in 1955. There too a vote was held in which the former monarch was not allowed to make his case to the people and in which the voting process was controlled entirely by one side. Again, in Vietnam, it is no surprise that the result was an overwhelming victory for President Diem with even many of his sympathizers admitting that the referendum was more of an exercise of power than a legitimate reflection of the will of the people. Still, given that the Emperor was known for his past associations with institutions officially on the “naughty list” of respectable world opinion in 1955, such as French colonialism and the Empire of Japan, even many monarchists would, it seems, have to agree with prevailing opinion amongst the republicans that it did not matter too terribly much because Diem would have won the vote anyway, though perhaps by not so ridiculously large a margin, if it had been held absolutely fairly. Can the same be said for Greece though? 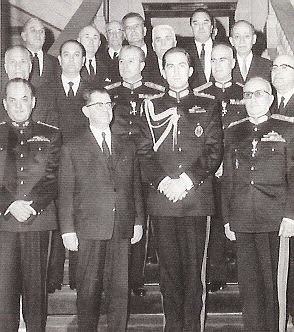 After all, unfortunate as it is, Greek kings being overthrown was hardly something new, it had practically become a tradition in itself. The King would be overthrown, the state of affairs in the country would become worse and in the end there would be a referendum and the King would be restored again. It was also rather unusual that the military junta did not legally abolish the monarchy outright. Effectively, they operated as unwanted, un-appointed regents of the absent King across the Adriatic in Rome. He was even paid, though it was a mere pittance as the colonels deducted the cost of maintaining all of the royal properties in spite of the fact that the King was not allowed to use any of them. They held their coup in 1967 and it was not until 1973, one year before their own overthrow, that the junta held the referendum which officially abolished the Greek monarchy and replaced it with the Hellenic republic. King Constantine II had tried to restore himself less than a year after his initial removal but the whole plan was badly botched and came to nothing. After the referendum, also within the year, a group of admirals tried to launch a royalist coup of their own but it too failed and King Constantine himself made no effort to take advantage of it.

One of the problems that arises in judging just how true a reflection of the popular will the referendum was has its roots in determining how effective all of the anti-monarchy propaganda was that was fed to the Greek public. The leader of the military junta, George Papadopoulos, had accused King Constantine of being the worst sort of character imaginable, going to plainly absurd lengths to link him to every sort of crime and every sort of criminal any decent person would naturally despise. If the public believed any of what Papadopoulos told them, they would have thought King Constantine was in league with malevolent foreign powers looking to exploit them, all the way down to plain murderers, traffickers and other criminals. Did anyone actually believe this? It seems impossible to think so, certainly for anyone who had any knowledge of the King and Queen at all. 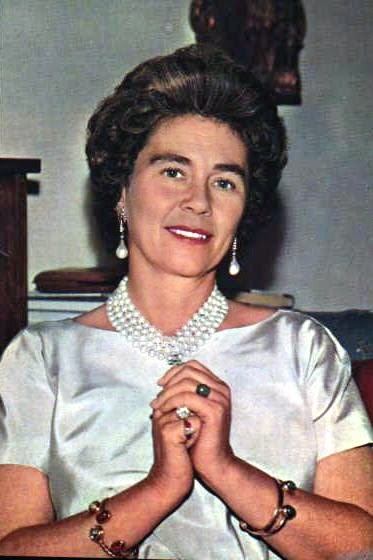 If anything, perhaps stung by the failed counter-coup of December 67, the King took far too passive a part in the efforts to effect his own restoration. He considered that the changes effected by the junta were all illegal and invalid and that he was still the King of the Hellenes and that he would soon be called back to either resume his reign or at least participate in the campaign ahead of the referendum. However, he was never called and events plowed ahead without him under the leadership of the head of the interim government, former Prime Minister Constantine Karamanlis. The case of this one politician is highly illustrative of what things were like “on the ground” in Greece prior to the infamous referendum of 1974. It was widely said that Karamanlis had no opposition to King Constantine II returning to reign again at all but that he did have a very, very strong aversion to his mother Queen Frederika. A popular phrase was that the only thing Karamanlis held against King Constantine was that he was Queen Frederika’s son.

Queen Frederika of Brunswick had first earned a fearsome reputation during the civil war because of her strident anti-communism. Funded generously by wealthy American friends she established the Royal Welfare Institute to care for orphans being created and victimized by the communists. Not content to sit idle, she went out to the front lines herself to rescue these children whose parents had been killed or who had abandoned them to join the communists. Originally, she was quite popular, but by 1967 she had become the female version of the bogey man of the Greek Royal Family. Being from Germany and a fierce anti-communist she was, of course, accused of secretly being a Nazi as well as a tool of exploitation by greedy American capitalists because of her many friendships with people in the United States. She was blamed for anything unpopular with an ill-advised trip by King Paul and herself to Constantinople in 1952 being one well-known example. Again, she had once been very popular but by the late 60’s it was no longer fashionable to be anti-communist or pro-American and Queen Frederika was seen as both as well as having a reputation for being domineering and independent that made those with power suspicious of her. Needless to say, she featured heavily in the campaign propaganda for the republicans, “warning” Greeks that a return of the monarchy would also mean the return of the now vilified Queen Frederika. 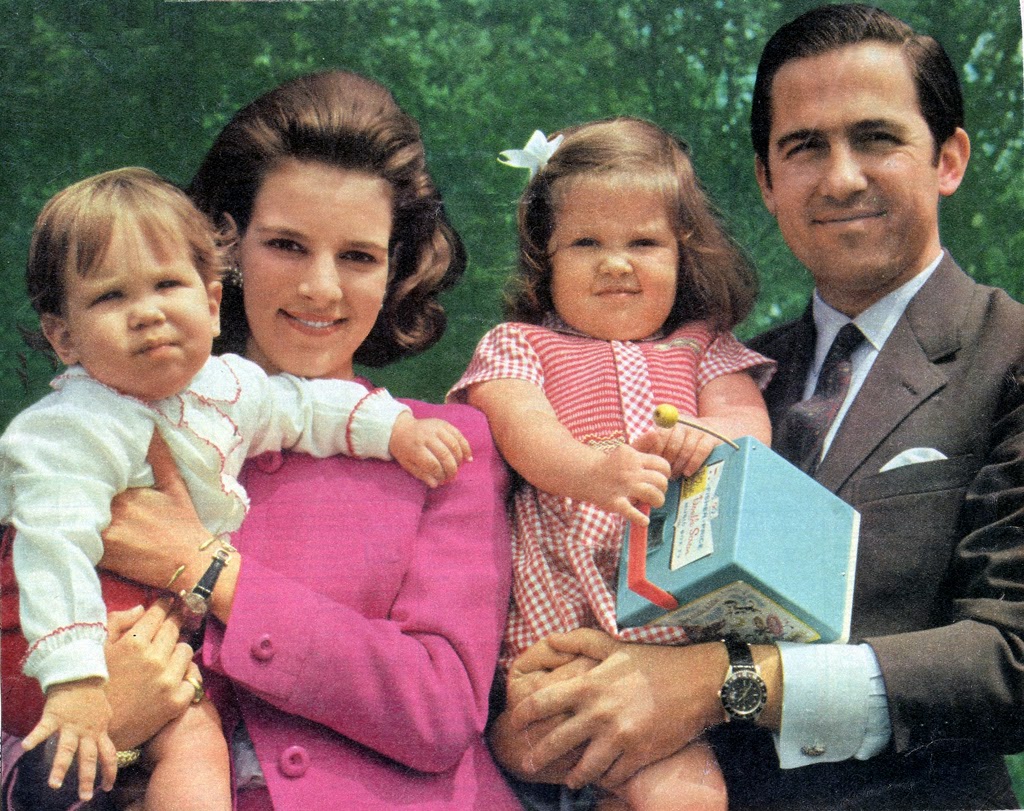 It is both sad and disgusting that King Constantine II was pushed by this to practically denounce his own mother, trying to reassure Greeks through his supporters on the ground that the Queen Mother would not be invited to return if the monarchy was restored. He also apologized profusely for any mistakes, real or perceived that were committed during his reign. As we know, it was to no avail and Greece was proclaimed anew a republic. The result was not that dissimilar to what it had been in the vote held by the colonels and this has caused some to judge that it was probably an accurate reflection of the public mood. However, even if that is so, it still does not make it just. The republican side used every sort of disreputable scare-tactics, outright lies and pandering to popular xenophobic and bigoted sentiments to help their cause while the King was not even allowed to set foot in the country to make his case in person. If he had, it seems very likely that the good-natured monarch, his beautiful queen-consort and charming children could have easily won over the public and, though I am loath to say it, perhaps even reassure them that the Queen Mother would stay away given that the government managed to convince them that she rode a broomstick and ate small children. The fact that the junta failed and was overthrown should have been enough to convince reasonable people on its own to go back to the way things were before, just as the sad state of Greece today should be enough to convince people that a real and fundamental change in Greece is necessary and not simply a continuation of the rotating system of political elites into elected office.

The referendum held on this day in 1974 was unjust in a variety of ways. It should be overturned without delay. My friendly, unsolicited, advice to Greece today would be this: toss out the lot of the political establishment in Athens, restore the monarchy, leave the European Union, restore the drachma and start to make investment in Greece attractive again. You might also want to keep an eye on that rather unsavory Erdogan fellow too…
Posted by MadMonarchist at 7:36 AM