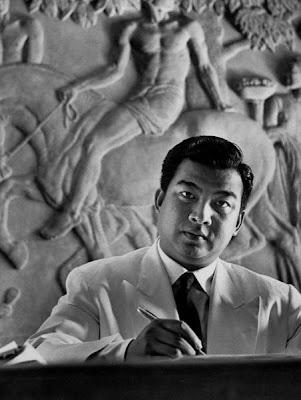 The former monarch and "King-Father" of Cambodia, His Majesty Norodom Sihanouk, died on Sunday, October 14, 2012 in Peking at the age of 89. No other figure was more dominant, more controversial or more constantly involved in Cambodian national life for the last hundred years than this late King. Today, some still hold him responsible for the many horrors Cambodia endured during the Khmer Rouge regime, others hold him blameless but more see him as the one national figure who, whether he made the right or wrong decisions, was always looking out for the welfare of his country rather than himself. It can certainly be said that no other Cambodian monarch has had a reign to match his and he certainly proved himself to be a tenacious survivor and the author of the greatest political 'come-back' story of modern Southeast Asia.
Posted by MadMonarchist at 2:55 AM