Brief Thoughts on the Terrorist Attack in Nice 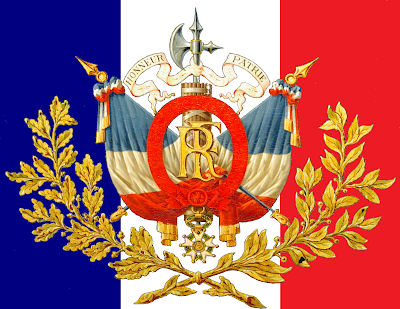 I will not go into the grisly details of the recent terrorist attack in Nice, France as I am sure everyone already knows them. It was simply the latest in a now all-too-long list of attacks by Muslim terrorists, some fanatics, some hypocrites who simply wish to attach themselves to a cause, against western countries and France has certainly been a prominent target. In fact, France was still in a state of emergency from the last such terrorist attack. This one, however, happened on Bastille Day, the national holiday held on the anniversary of the storming of the Bastille, traditionally the event used to mark the start of the French Revolution. In a way, such an attack on Bastille Day was disgustingly appropriate. The French Revolution, the damage that it did and the mentality that it caused to take root in France, is directly responsible for the current state of affairs which made such an attack possible. Will the French ever truly come to grips with this? It seems doubtful, certainly the response by French leaders has been no different and showed no greater urgency than after previous attacks, and so the body count of innocent victims will continue to rise while people cling desperately to their delusions. And that is what this is, make no mistake about it.

The motto of the French Revolution and, subsequently the French republics, is "Liberty, Equality, Brotherhood". There is a delusional start for you right there. Liberty is a rather subjective term, equality is an impossibility and if you are determined to try to make equality possible, you make liberty impossible. As for brotherhood, that may have been fine when considering only the French alone but, of course, the revolutionaries never intended it that way and France has been paying the price ever since. The idea of spreading the revolution to France's European "brothers" led to years of disastrous wars that resulted in France being weakened and the Germans being united. Today the mentality has widened to include people from all around the world; Algeria, Tunisia, Senegal and so on. However, even when such people are brought to France, taught French history, had the values of the Revolution pounded into them, even if they are born and raised in France, it does no good when they have another "brotherhood", one of race or religion that runs far deeper than a liberal civics examination. Any Frenchman worth his snails would look at any of these recent attackers, even those born in his country and say, 'I like the word "Fraternity" but still I draw the line / He may be a brother of Francois Hollande but he ain't no brother of mine'. 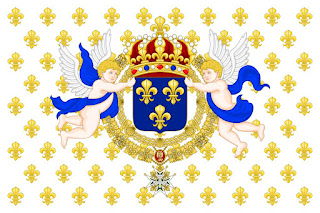 No, for France to triumph over this crisis, not simply the terrorist attacks which are a symptom of a deeper problem, all the idealistic, ideological nonsense of the French Revolution has to be kicked to the curb in favor of a revival of that older France, that nobler France that the Jacobins worked so hard to eradicate. The terrorists like to refer to the western powers as "Crusaders", which, of course, no western country today is at all but they damn well should be and no one was more prominent in the era of the Crusades than the Kingdom of France. France needs to forget this "fraternity" nonsense and remember the likes of Charles Martel or St Joan of Arc and how they dealt with invaders. If you want crusaders, France has had plenty, there was hardly a crusade in which the French didn't play a major part. The Kingdom of France was officially and proudly Catholic. That did not, as most know, prevent France having good relations and even alliances with Islamic countries or those of other religions, but it was always perfectly clear that France was a Christian nation and expected to remain so. "One king, one law, one faith" as the ill-fated Louis XVI put it.

That France, the France that restored Christianity in the near east, that explored the interior of North America, that frustrated the combined armies of Europe and built the Palace at Versailles, that France would have no problem dealing with this current crisis, because it had all the tools with which to do so. It had a will to survive, ambition to do great things, loyalty to a single leader and the faith of the "Eldest Daughter of the Church". When the France of today, revives and restores the values of that France, the current crisis can be swept away.
Posted by MadMonarchist at 1:40 AM