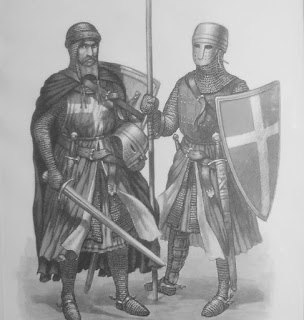 It may surprise some people who do not know very much about the subject just how extensive knighthood is today. While monarchy and aristocracy (or at least an aristocracy that is open and honest about itself) is increasingly rare, orders of knighthood still about around the world with even republics getting in on the game. However, gratifying as it might be to just leave it at that, we must face the facts about the current situation. Anyone looking at the situation today should accept the truth that practically none of the orders of knighthood that exist today have anything in common with the knighthoods of old, even if they are still some of the same orders. Their ideals and trappings may seem just as noble as they did in years past but, effectively, most are little more than clubs for the elite today with membership based on who you know rather than what you are or have done or on the size of your bank account rather than your courage or character. That certainly does not mean that every member of an order of knighthood today is unworthy, I would certainly never suggest such a thing, but simply being a “knight” today does not mean the same thing that it did in the time of the Crusades or the High Middle Ages even. As someone once said on one of my favorite television shows, “Elton John is a knight, it’s not what it used to be”.

Thankfully, people like pop stars, comedians and media personalities are generally restricted to the lowest orders of knighthood, though even that is rather ridiculous considering that someone like a movie star will receive a knighthood while someone serving in combat in the military is not. However, even the highest ranks, such as in the United Kingdom for example (being the most prominent monarchy in the world) are often given to retired politicians regardless of whether or not they accomplished anything significant or not. Giving it to one compels that it be given to all the others, I suppose, is the thinking behind this so that the monarch cannot be accused of having any favorites. The situation is even worse when it comes to non-reigning royals and the orders of knighthood associated with their particular house, as such heirs are often targeted and taken advantage of by dishonest and vain individuals who are simply out to swindle as many such appointments as possible, presumably to massage their ego. Personally, I cannot understand that mentality. After all, one could hardly take much pride in such an award and if one just likes to have lots of gongs and ribbons hanging off of them, you can dress up in whatever decorations you like and no one can stop you. 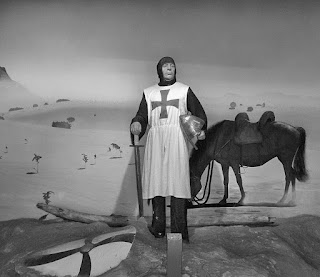 Originally, of course, knighthood was exclusively associated with combat and military service. A knight was a warrior who protected the weak and innocent against those who would molest them. Some, which required great sacrifices and which carried great risks in its service, were open to anyone. If you wanted to become a knight, you simply ‘signed up’ as it were and began working your way up the ranks. Usually, though, if the order survived for long it tended to be restricted to only men from the most elite families and an appropriately prestigious genealogical pedigree would be required for membership. Today, most orders not under the rule of a national government, have membership which is by invitation only. Again, this effectively means, it is not what you do but rather who you know that is the determining factor. Because of this, it is simply not possible for me to see modern orders of knighthood in the same light as those of long ago. This applies, unfortunately, as much to purely religious orders of knighthood such as the papal orders. For example, Rupert Murdoch (republican sleaze-peddler) was made a knight of the Order of St Gregory the Great in 1998, even though he is not Catholic but he did donate over $10 million to the Catholic Church in Los Angeles, California (disgraced Cardinal Roger Mahony recommended him for it, if that matters to anyone). Similarly, John Wilkins, editor of “The Tablet” which voiced support for contraception, women priests, homosexual acceptance and so on, was made a knight of the Order of St Sylvester I. 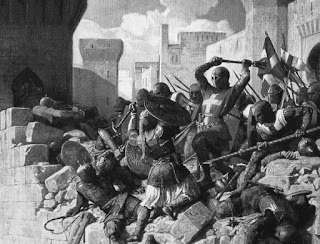 This is all something which has to be seen in context of course. Orders such as the Knights of St John, the Knights of Malta, the Knights of the Holy Sepulcher and so on do a tremendous amount of good around the world. To do that, obviously, requires a great deal of money and so it is, perhaps, not so surprising that some extremely wealthy people who perhaps have not exhibited the most upstanding moral behavior throughout their lives, are awarded membership. This includes some royals, whose names I will not mention, but who certainly do not seem to be very religious people who are nonetheless awarded lofty ranks in these orders of knighthood, all of them religiously based, presumably to gain some public attention and some hefty donations; which is not necessarily bad as these orders do a great deal of good work around the world as has been said. They are, however, very clearly not what they used to be and could be seen in the same way as modern monarchies with established churches. England, for example, is legally a Christian monarchy yet this is actually more like a technicality these days. It can in no way compare to the Christian monarchies of the past, yet the technicality is worth clinging to as both a reminder of what was and as a foundation for any hope of restoration.

In the future, we will be looking at some of the more famous orders of knighthood from history as knighthood is something inexorably bound up with monarchy in the popular imagination. Those we will be reviewing were very much the genuine articles and a far cry from the often merely political institutions of today. The facts should be looked at clearly though, both to discourage those (and they do exist) whose attachment to monarchy is dependent on their fascination with baubles and to show what these orders have been capable of and, were they to embrace the zeal and discipline of their origins, could be again.

Email ThisBlogThis!Share to TwitterShare to FacebookShare to Pinterest
Labels: knighthood