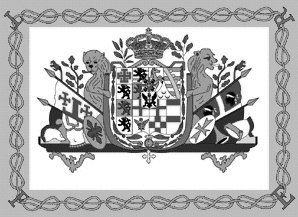 No warning this time but I was considering replacing the page with something else but while I probably will (it doesn't seem to be terribly popular) until I decide what, I will carry on with the usual routine. This time the subject is the House of Savoy of the Kingdom of Piedmont-Sardinia (that is, the Savoy dynasty "B.I." or 'Before Italy'). I have a soft spot for the House of Savoy, partly just because so many seem to misunderstand or hold a sort of grudge against them. However, I have always admired them for being, on the whole, very religious, very traditional and unashamed about pursuing a policy of 'sacred self-interest'. I wish more would do the same. Yet, because of one, rather confused, period toward the end of their reign, many people seem to have the wrong idea about the Savoy royals. Rest assured, the Kingdom of Piedmont-Sardinia, up until the very end, was every monarchist counter-revolutionary's dream. This was the monarchy that produced Count Joseph De Maistre, that was the first to declare war on the French revolutionaries (despite knowing they could not win) and who took restoration more seriously than any other monarchy I know of. So, if you are so inclined, go to the "Images" page and have a look at some of the faces of the old House of Savoy.
Posted by MadMonarchist at 10:29 PM