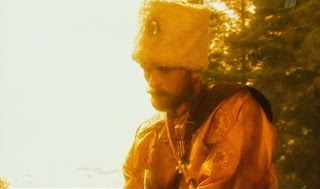 I am really, really getting tired of the news coverage of the royal wedding. Not that I am lacking in support for the event, quite the contrary. However, at least in the United States, the disdain and the snobbery of the media elites has become far too much for me to handle. The sarcasm meter has been broken. I am sick and tired of having news anchors devote entire segments to talking about how the royal wedding is not worth talking about. I am also rather annoyed by blatant stupidity and that has been on display in abundance. After all, if no one is interested in the royal wedding it would be stupid for American media to cover it at all and if they do so because people are interested in it, then it is stupid to insult these masses of people by trashing the royal couple and going on and on about how anyone interested must have been hit with the dumb stick. If that is all they have to offer I would much prefer that they do not talk about it at all. Did their mothers never teach them the old value that, “If you can’t say something nice, don’t say anything at all”.

I am seriously in danger of losing my voice from shouting at the TV and I’m running out of channels to switch to. Maybe the Cartoon Network would be a safe bet, because I’m running out of options. American arrogance and hypocrisy have been on full display, more and more as the big day draws closer and it is stomach turning. I find it quite shameful as someone who is generally pro-America and ready to admit that, among the ranks of the republics of the world, the United States has done an above average job. Then something like this comes along and makes at least the presiding “talking heads” of this country, left or right, look like a bunch of simplistic, stuck-up, hateful hypocrites. Not only do they trash the excitement over the royal wedding (and I will admit the ‘celebrity’ aspect of monarchy is not my favorite aspect of the venerable institution) but they take the occasion to trash the British Royal Family and the British monarchy as a whole. Some limit themselves to simply being coarse and rude while others are downright hateful and slanderous.

For example, I have heard more than one “talking head” make the British Royal Family out to be simply a bunch of murderous war criminals or gangsters because of all the blood that has been shed “in the name of the Crown”. That is certainly rich coming from advocates for the United States. America is a nation of popular sovereignty as we all know, yet do these people consider how much blood has been shed “in the name of” the American people? By their logic we should hold the American people of today responsible for everything that has ever been done by those holding power in their name from the eradication of whole Native American populations to the mass enslavement of Africans. It hardly seems a genteel or respectful way to speak of the foundation of the government of America’s most stalwart ally and loyal friend. I tend to think that one of the reasons America has been so successful is the extent to which the USA borrowed from the British constitution in setting up the American republic. We even carried over some traditions that make no sense whatsoever in the context of this country but which we continue simply out of tradition.

One of the most hypocritical aspects of this, and sadly not a unique one, is the equality argument. They moan and groan about the coverage given to the royals because “we” are supposed to believe in equality where no one is better or more important than anyone else (as if that has ever been the case). Yet, they themselves treat the royals in a “special” way by treating them worse than everyone else. This has long been one of my biggest annoyances with republicans. They don’t think things like royalty and aristocracy are acceptable because they pass along rewards (honors, titles etc) to people who did not actually earn them themselves. Yet these same people seem to have no problem passing on guilt to people that have done nothing wrong themselves. They decry showing favor to someone just because their last name is “Windsor” and yet are blind to their own hypocrisy in showing hatred of someone just because their last name is “Windsor”. Why else all the smug condescension or outright insults toward someone like Prince William who never did any harm at all to any of these people?

They go on and on at length about how “this shouldn’t matter to us” or moan and ask the question (while providing extensive coverage of the event), “why should we care?” My short answer to that is: it shouldn’t and “we” shouldn’t. From the perspective of the United States, the royal wedding should not concern us at all. We really shouldn’t care. It has nothing to do with us and will not affect our lives in any meaningful way at all. So, perhaps the better question would be, why then do you media people continue to cover it? Or, perhaps a more revealing question to ask would be, given that we really shouldn’t care, why do so many seem to? Until that unlikely event or more probably until the royal wedding is over and the American media can move on and get back to the business of misleading the American people, I shall remain … The Mad Monarchist.
Posted by MadMonarchist at 12:02 AM