The Election Results Are In 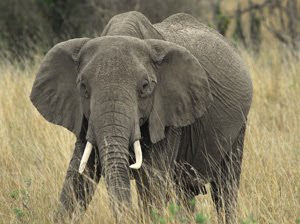 It has been quite an evening for politics in the "Great Republic". The GOP has come storming back after being declared DOA only two years ago. Picking up fewer than expected Senate seats but more House seats than even many of the most optimistic forecasts there is now no doubt that the Republicans will take control of the House of Representatives and have a much larger presence in the Senate. Anger over the socialist policies of Obama sparked a massive conservative turn-out and the regime of Nancy Pelosi is most definitely over. Here at home Governor Rick Perry was reelected yet again after being our Governor for the last 10 years -a state record. That came as no real surprise though. In La Florida the Democrats quite simply got spanked. In general Republicans were the big winners. However, dramatic as the results have been, and with all the Tea Party talk on both sides I cannot help but see this as, to some extent at least, still a victory or at least not a defeat for the established political machine. It was certainly no sweeping victory for the "Tea Party candidates".
The most prominent faces of the Tea Party have been mostly a list of defeats. To be sure there was victories like Rand Paul in Kentucky and Marco Rubio in Florida, but Christine O'Donnell lost in Delaware, McMahon lost in Connecticut, Paladino lost in New York, Tancredo lost in Colorado and Sharron Angle lost in Nevada. The northeast remains liberal Democrat, California remains liberal Democrat but middle America and the deep south are firmly in a sea of Republican red once more. The loss of O'Donnell and Angle stand out particularly because of their core support coming from the Tea Party and the fact that the GOP were against the both of them and they ended up losing. Whether it was because of their own failings, a lack of political support from their own parties or due to the media war waged against them is anybody's guess but despite all of the Republican crowing tonight I cannot believe that, in light of such losses as Angle, O'Donnell and possibly Miller in Alaska (results not in yet at this time but early reports were not too favorable), I cannot imagine the Tea Party people being too overjoyed tonight.
In any event, as someone who follows yet despises politics I can say it has been a very, very "colorful" campaign season. Illegal-alien maids, "Aqua-Buddha", "Taliban Dan", the WWE, The Rent Is Too Damn High Party, the weekend Waffen-SS candidate and allegations of witchcraft -I don't think I have ever been through an election quite like this one and I am very glad it is over and I won't have to see anymore of those horrific commercials anymore.
In parting, I offer this as a swan song for Christine O'Donnell...