Queen 'Masenate Mohato Seeiso of Lesotho was born Anna Karabo Mots'oeneng on June 2, 1976, the eldest of five children. In 1990 she started college in the Lesotho capital of Maseru where she studied until 1996, the same year she first met her future royal spouse. From there she went on to study at the National University of Lesotho in 1997 to pursue a Bachelor of Science degree but romance was to interrupt her academic plans. King Letsie III of Lesotho at 36 had become rather known for being a bachelor. He once said that his mother was losing patience with him and being a rather quiet and shy man rather envied other world leaders who seemed to have no problem finding a bride. However, he finally thought he had found the right one with Anna Karabo. The King had a first-class education and he admired her for her own learning, sharing the same religion and probably a few other attributes.
In October of 1999 the couple were officially engaged and on February 18, 2000 the two were married in Maseru by Archbishop Bernard Mohlalefi (Catholic) amidst three days of celebration by the people of Lesotho with some 40,000 packed into the national stadium to watch while many others had to be turned away for lack of room. Some were critical of the $1.5 million cost but it seemed worth it to bring the country together in such a strong way after years of trouble and the celebration seemed much needed. Political divisions had been running deep at the time but the marriage brought everyone together in happiness for their king. It was also a rather unprecedented event as the new consort was the first commoner to ever become Queen consort in Lesotho history and the King had also made it clear that, unlike some of his past predecessors, she would be his one and only wife.
In October of 2001 the Queen gave birth to a daughter, Princess Senate Mohato Seeiso, then in 2004 came another daughter, Princess 'Maseeiso, and finally a son in 2007 named Prince Lerotholi. The Queen has devoted herself to a number of charities, particularly those assisting the disabled and handicaped. She serves as patron of the Lesotho Red Cross Society, SOS Children's Village, People with Disabilities and the Machabeng International College among others. The deaf and blind have been an emphasis for the Queen and she has also worked hard in fighting the AIDS epidemic, breaking the silence as she puts it, surrounding the disease and encouraging everyone to work together to help those suffering with it. She has been given a number of awards for her humanitarian work in these areas and is also, according to Lesotho law, regent of the kingdom whenever her husband travels outside their mountainous country. 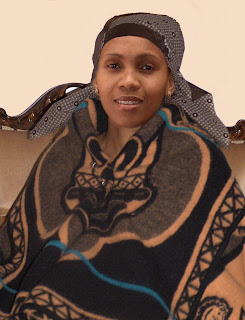