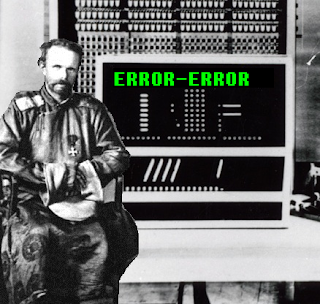 So, I have been "missing" for a while, at least from these pages and I wanted to give anyone who by some miracle is still checking in here after nearly two months, an update on what has been going on. One day, out of the blue, my internet simply stopped working. I live in a very (VERY) remote area and getting something done about this, particularly during the Christmas/New Year period, proved practically impossible. Around the same time my primary computer went a little funny, which did not help. I was left only able to access social media via my phone when, once again, I was suspended from Facebook for posting something "offensive" (though of course the minions of Zuckerberg would not explain precisely what that was) and decided to stop having a Facebook page even after my suspension ended since I was simply fed up with not knowing what might get me thrown off the platform altogether. The internet age we live in is one of "out of sight, out of mind" so as the weeks went by I began to doubt that if things ever got up and running again I would have any audience left.

Then, after just about giving up entirely, earlier this very evening I turned on my machine just to play some music and found, by some miracle, the internet was working again. This may not last I must warn you. No one has come here and "fixed" anything, it just suddenly started working and may just as suddenly stop, I have no way of knowing as I never knew what was wrong in the first place. I have had plenty of things I would have liked to write about it you can be sure but I do not think anything will be forthcoming immediately. I am trying to keep this short simply so as to get some word out before my internet goes out again as it did before. I had just (as in yesterday) about resigned myself to this little side-job being over and done with and I now have to reconsider that, see how many have remained in spite of the long, unexplained absence and also to simply see if this connection is going to hold for long or not. My thanks to all of those who sent messages of support, as you can imagine there was rather a pile-up of comments so I probably won't be able to get back to responding to all of them but I have seen them and appreciate those of you who were concerned.

We will just have to see how things go, and before I am suddenly cut off again, I will say "until next time" (hopefully),
I am and shall remain,
...The Mad Monarchist
Posted by MadMonarchist at 1:54 AM