Henri, the Unhappy Prince of Denmark 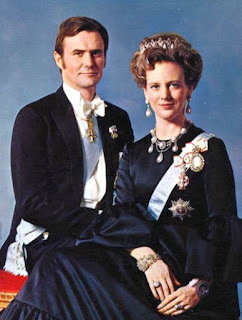 Prince Consort Hendrik of Denmark recently made it known, and the Royal Palace office in Copenhagen confirmed, that he does not wish to be buried alongside his wife Danish Queen Margrethe II. He has said that he does not wish to be buried in his native France so, we presume, he does wish to be buried in the Kingdom of Denmark but not with his wife the Queen. The Palace confirmed that this was because Prince Henri is unhappy with his title of "Prince Consort" and this is nothing all that new. For many years now the word has been circulating about how Prince Henri was dissatisfied with his title and that he resents not having been made "King of Denmark". The official statement from the palace said that the Prince did not appreciate not having equal status with his wife and this is something that has come up with him before. In 2002, he left Denmark in a huff after his son the Crown Prince hosted an official reception in the absence of the Queen since, as heir-to-the-throne, he is second in the royal hierarchy. This offended Prince Henri though he did finally return with the Queen granting to their children a new hereditary title based on that claimed by the French family of her consort. So, again, this is not exactly coming out of the clear blue sky, this is something Prince Henri has been upset about for many years now. 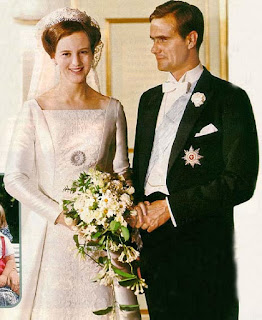 Most of the comments I have heard or seen have been extremely critical of the Prince to say the least of it. Given that, let me say at the outset that, yes, I think the Prince is being childish and that his devotion to his wife should outweigh any question of titles when it comes to where he spends his eternal rest. That being said, this is an issue that the monarchies of Europe have set themselves up for. First of all, we should consider precedent and recognize that this issue has come up before though not in Denmark where Margrethe II was herself almost unprecedented in that she is the first queen regnant Denmark has had in a great many centuries and only the second in the entire history of the western world's oldest monarchy. However, other countries have had to deal with this issue. In the Kingdom of Portugal, the husband of a queen regnant was always titled "king". The French, Germans, Italians, Poles, Belgians and so on never had a queen regnant. England has and the first (not counting Matilda) was Queen Mary I whose husband, King Philip II of Spain, was also titled "King of England". Queen Isabella II of Spain was married to the Duke of Cadiz who was titled "King Consort". Queen Juana of Castile married Philip "the Handsome" of the Habsburgs and he became King Felipe I of Castile, delivering Spain to the House of Habsburg. Her mother, Queen Isabella I of Castile, was of course married to Fernando of Aragon who was a king in his own right. Lord Darnley, husband of the ill-fated Mary Queen of Scots, was titled King Consort and Queen Victoria of Great Britain & Ireland had wanted to make her beloved Prince Albert "King Consort" but the government would not hear of it and so he had to settle for "Prince Consort" instead. The Habsburg domains have had one female ruler, Empress Maria Theresa, and her husband, the Duke of Lorraine, was ultimately elected Holy Roman Emperor. However, none of the English queens since Mary I have done the same, likewise all of the consorts of the Dutch queens have been 'prince consort' and not kings. 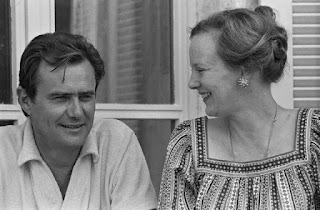 So, it has been done, it is only that it has not been done lately. The reason, in the past, was due to Europe being rather more Christian than it is now (which is to say it was Christian, or at least was serious about trying to be). In the vilified days of old, husbands were expected to be the head of their family, the master of the house, in other words the 'boss' and so it was often not thought appropriate that a husband should have a title subservient to that of his wife. Yes, that was then, this is now and this was never an issue in Denmark before but I point it out simply for the sake of context. Prince Henri's desire is not unheard of, just rather unheard of for this century. However, plenty of things are accepted these days that would have been unheard of in those maligned centuries past. Yes, again, I think Prince Henri is doing himself no favors with this petulant behavior but I dare say this will come up again and probably more frequently in the future.

After all, look at it this way: most of the monarchies of Europe have done away with male preference in the succession because the west has abandoned the traditional, Christian, view of the family. This has happened in the name of the 'equality' of the sexes (though obviously not of age but don't get me started on that issue). So, as queens shall become more common in the future of the European monarchies with Spain, Belgium, The Netherlands and Sweden all set to have female monarchs next time around, the egalitarian mentality will beg the question; why is a woman who marries a king given the title of 'queen' but a man who marries a queen is only given the title of 'prince'? Personally, I would not expect anyone to care that much as few seem to care about men being treated unfairly compared to women. Whenever that happens, the feminists suddenly turn all 'patriarchal' and say, "be a man and stop complaining". However, Prince Henri has objected and I would not be at all surprised to see some in the future take up the issue simply as a way of forcing more innovation on the remaining monarchies or just as an excuse to accuse monarchy of being inherently opposed to egalitarianism (which it is). So, yes, by all means, ridicule Prince Henri for his un-gallant behavior but also ask yourself; in this age of supposed equality, why do the girls get to be queens but the boys do not get to be kings when they get married?

Personally, I think it is just another example of the idiocy of the whole egalitarian mindset and particularly of the outright absurdity of trying to enforce "equality" on a monarchy, but, maybe that's just me...
Posted by MadMonarchist at 1:00 AM