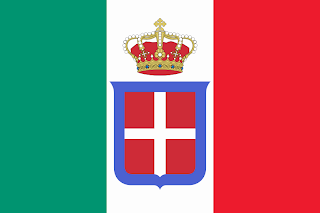 Recently, on the feast day of St Helena (Roman Empress and mother of Constantine the Great) HRH Prince Sergius of Yugoslavia (son of Princess Maria-Pia of Bourbon-Parma and Prince Alexander of Yugoslavia) was in Valdieri, Italy to remember Elena of Montenegro, Queen of Italy, consort of King Vittorio Emanuele III and the Prince’s great-grandmother. He was also there to express his support and appreciation for the Queen Elena Foundation which endeavors to carry on the charitable work that the late Queen was famous for. Queen Elena gained a great deal of popularity in her time for the many hospitals she founded, her relief work after the tragic earthquake in Messina numerous other activities to benefit the most vulnerable in society. HH Pope Pius XI recognized her good work by presenting her with the Golden Rose, the last to be given to a Queen and in Italy, where almost every royal had a nickname, she was known as the “Queen of Charity”. 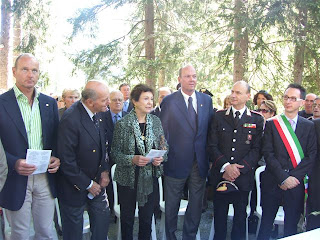 The Queen Elena Foundation was established in 1985 to support humanitarian and spiritual causes and has helped many throughout Italy and in troubled spots around the world from Kosovo and central Africa to Iraq and Afghanistan. Several of the international projects were undertaken in cooperation with the Sovereign Military Order of Malta. The Foundation also helps fund the restoration of churches, monuments and scholarships. Prince Serge was very proud to talk about his Italian great-grandmother and her many good deeds, which have not been forgotten and indeed are even being continued. It does make me rather exasperated with those who dismiss all the good work royals do around the world, considering how many are helped even by those who have gone on to their reward. It was also noted that such love for the late Queen of Italy remains, because of all of those she helped in her life, that the preliminary steps have to taken toward opening a possible cause for her beatification. Another cause I would whole-heartedly support.

A special thanks to Monarchici in Rete for bringing this to my attention.
Posted by MadMonarchist at 3:46 AM