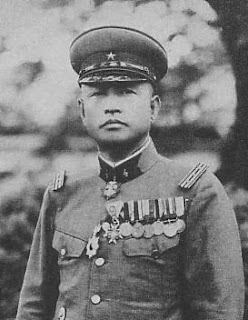 Kanji Ishiwara is a name most certainly do not know. As a general in the Imperial Japanese Army during World War II he earned enemies on both extremes of the political spectrum because he was, essentially, a humane imperialist. That meant he was too humane for the radical militarists and too much of an imperialist for the self-hating liberal crowd. Whereas most today look with scorn on the high-sounding ideals of World War II Japan and the “Greater East Asia Co-Prosperity Sphere” General Ishiwara firmly believed in those ideals and was willing to cross swords with his own comrades and countrymen who failed to live up to them. He was, in short, a very unique and extraordinary man.

Kanji Ishiwara was born on January 18, 1889 in Yamagata prefecture into the samurai class. His family was among those that had clung to the feudal traditions of Japan against the innovations of the Meiji Restoration. This meant they lost their influence when that movement was ultimately successful. However, Ishiwara was bright, active and intelligent, went to military school and in 1909 graduated from the Imperial Japanese Army Academy after which he served in newly occupied Korea. After graduating from the Army Staff College he studied military strategy in Germany. It was also during this time that he found religion, converting to a specific variety of Buddhism that taught that there would be a huge, horrific military conflict that would purge the world of its wickedness and after which Buddhism would spread peace and enlightenment everywhere.

This religious belief would greatly influence Ishiwara’s life. He came to firmly believe that this period of conflict was rapidly approaching and that it was the sacred duty of Japan to unite the (largely Buddhist) peoples of Asia, in a benevolent, spiritual and political brotherhood for a climactic confrontation with the (as they saw it) decadent and spiritually corrupt western world. He truly felt that it was a noble and righteous cause for Japan to rescue China from the turmoil they had descended into since the fall of the Manchu dynasty and this instilled in him a zeal to accomplish this mission at any cost but also a conviction that the Chinese, and other East Asians, were to be treated as brothers and potential allies of the Japanese in this great, coming crusade.

After coming home he was posted to the staff of the Kwantung Army in Manchuria and quickly realized that the chaotic situation represented a great opportunity for Japan and, in the eyes of Ishiwara, a duty to Japan. Following the “Mukden Incident” of September 18, 1931 Kanji Ishiwara took the initiative and ordered the complete occupation of all major cities in Manchuria. He did this without informing the top command or Tokyo and fully expected to be executed for insubordination but, like his samurai ancestors of old, he was willing to sacrifice his life in the service of his Emperor if he felt it necessary. However, rather than being executed or even reprimanded, he was applauded for his decisiveness and quick-thinking which had secured Japanese control of Manchuria and he was transferred back to Japan and promoted to command the Fourth Infantry. In 1935 he was promoted to chief of operations on the Imperial Army General Staff. 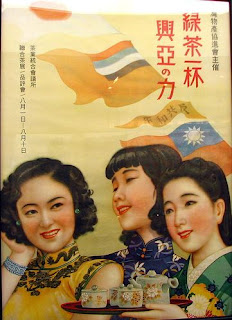 It was in this position that he began to put forward his vision of a humane and beneficial partnership of Asian powers united by Japanese leadership. He proposed that the Empire of Japan and the Empire of Manchukuo join as partners in an “East Asian League” to build a pan-Asian alliance. Already royal relations were being used to bring the Mongolians on side as well. Once their economies were prepared they would attack the Soviet Union, destroy their power in the Far East and then move south to liberate Southeast Asia from colonial rule. It was only then, he judged, that Japan and their East Asian allies would be prepared to take on the United States. To prepare the country for this grand plan the military would have to take charge of the economy to direct all efforts toward the task and to ensure a united public all political parties would be abolished and the power of the politicians and big business elite would be broken.

This seemed to go along with what many militant nationalists were already demanding in a plan known as the “Showa Restoration”. These men advocated a coup to topple the government and concentrate all power in the hands of the military under the Emperor. However, Kanji Ishiwara was opposed to such methods and when a rebellion did break out he used the full power of his position to stamp it out for which he was appointed Operations Officer of the Martial Law Headquarters in 1936. He had put forth his vision and proved his loyalty but earned some enemies among the radical militarists by doing so. People in high places wanted him away from Tokyo so the following year he was promoted to major general and posted back to Manchukuo. However, once back with the Kwantung Army he was absolutely disgusted by the situation he found.

Whereas Kanji Ishiwara had promoted a partnership what he saw being practiced again and again was simple exploitation and corruption. He was outraged at the treatment of the Manchus and the graft throughout the army. In what was an unwise move but clear evidence of his noble intentions and upright character he caused a scandal by denouncing the actions of the Kwantung Army, demanded that all officers take a pay cut and for a stop to the funneling of ill-gotten gains for their own benefit. He confronted the commander of the army, none other than General Hideki Tojo, over the issue and, not surprisingly, he was quickly relieved of his command and transferred to a base near Kyoto. Despite this setback, he continued to do his job dutifully, examining recent defeats at the hands of the Soviets to determine what went wrong and how to correct the problems. Dangerously but courageously he also continued to speak out publicly in favor of a true partnership with Manchukuo and against the precipitous invasion of China.

Despite having gained many enemies by this time his talent could not be denied and with the war heating up every competent officer was needed and in 1939 he was promoted to lieutenant general and given command of the Sixteenth Division. Tojo and company would have liked to have seen him drummed out of the army altogether but they knew that the upright officers of the conservative faction would protest and possibly become dangerous if such action was taken. However, as Tojo began taking Japan down the road to war with China and the United States (he opposed the attack on Pearl Harbor) Ishiwara could not remain silent and called for the arrest and execution of Tojo. This was the last straw and Tojo saw to it that Ishiwara was retired from active duty and sent back home to Yamagata where he studied farming and continued to write about his pan-Asian ideals throughout the rest of World War II. 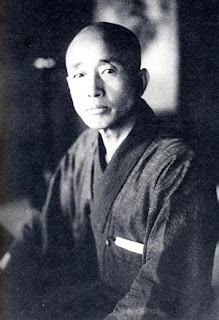 After the war Kanji Ishiwara was called as a witness for the defense at the Tokyo war crimes trials. Despite his involvement in the Mukden Incident he was never charged with any crimes himself though he did cause outrage in the United States by accusing President Truman of being a war criminal for the bombing of Japanese civilians. General Kanji Ishiwara died on August 15, 1949. It is unfortunate that his character is not more widely remembered or that his pan-Asian ideal is not at least looked at more closely for the purposes of study. At a time when most have the impression that to be a patriotic, conservative Japanese monarchist was synonymous with being a militarist, oppressor and war criminal, General Kanji Ishiwara is an example of how this was not the case and that there were some men, like him, who truly believed in the best ideals of the Japanese goals of the period which so many others used as simple talking points to cover up their own misdeeds. While others used the slogans of pan-Asian brotherhood while striving for control, self-enrichment and displaying contempt and bigotry for those around them, Kanji Ishiwara held those same slogans to be a sacred calling and was truly committed to friendship and solidarity to lift up the neighbors of Japan and lead them against those they viewed as enemies of their people and culture. Among the soldiers of the Showa Emperor he was a great man.
Posted by MadMonarchist at 12:16 AM